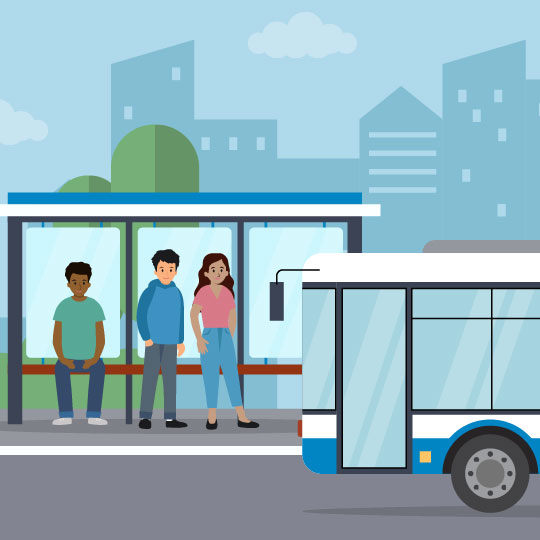 Many large districts now offer students choice in selecting high schools. In Philadelphia, if a student chooses not to attend their neighorhood school, other options include schools with specialized programming in the arts, sciences, or business fields, schools with career and technical education options, and competitive magnet schools.

But choosing an out-of-catchment school rather than a neighborhood school may require a longer or more complicated commute, particulary for students relying on public transit to get to school. Research has shown that commute time and complexity can influence attendance, academic achievement, engagement in school, and health factors associated with sleep.
​
This report uses School District of Philadelphia high school student enrollment and residence data to estimate student commutes to all 52 traditional district high schools via public transit. We use transit data from the 2017-18 school year to estimate how long it would take for high schoolers to get to school using public transit based on where they live and under optimal conditions (i.e., no delays and use of all available routes). We also analyze how estimated commutes vary by type of school admission (i.e., Neighborhood, Citywide, or Special Admission) and student residential neighborhood (defined as the City Council District in which they live).
​
We do not examine student commutes to accelerated schools in SDP’s Opportunity Network, since they are alternative high schools and don’t meet our definition of “traditional” schools. We also do not include charter school students in this study, who represent about a third of all high schoolers in Philadelphia.
​
The findings of this study, described below, can help guide families and students to consider commute time and complexity when selecting schools. We also anticipate that the analysis of variation in commutes may be useful for policy makers at the School District of Philadelphia (SDP) and its School Board, City Council, and SEPTA (Philadelphia’s transit authority) as they make ongoing decisions about system-wide school offerings, start times and scheduling options, and transit networks. School-specific maps with estimated transit times can be downloaded directly here.